Skip to content
We are a participant in the Amazon Affiliate program, if you buy through our recommended links we may earn a small commission. Learn more. 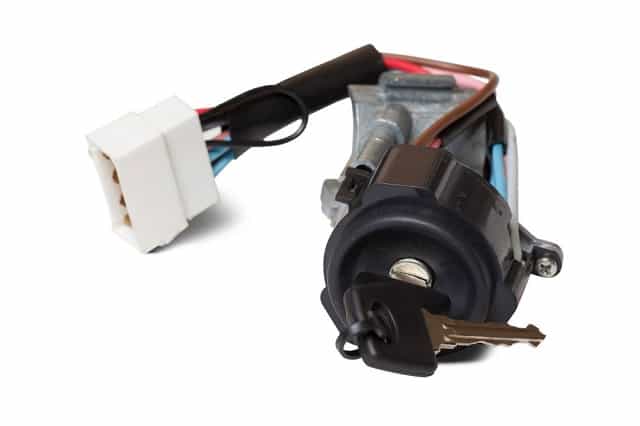 Every modern car these days features an ignition switch. A vehicle needs this particular part in order to have a functional engine and provide other features as well, like the radio and fans of the HVAC system.

Without it, the electrical parts of a car would fail to work as they are designed to. So, no wonder that it is frustrating and extremely unpleasant to experience ignition switch problems.

If you are the owner of a Ford F150 model, you are about to find out everything you need to know about problems with the ignition switch.

Continue reading and find out more about the most frequent Ford F150 ignition switch problems and how to handle them right.

What is an ignition switch?

The ignition switch is actually a starter switch activated by a key.

When you introduce the key into the switch and turn it to the ignition position, the electrical systems of the car responsible for its functioning will be activated.

In other words, the ignition coil and engine control unit, together with other electrical parts such as the accessories, will be turned on.

This way, the engine will start functioning and the vehicle will become operational.

While most cars these days operate with the help of a key, many modern cars display a “keyless” feature.

In their case, the ignition is made by simply pressing a button, instead of turning a key.

However, the Ford F150 still works with a key, which needs to be placed and turned in the ignition switch.

How does it work on a vehicle?

Unless your first car had a keyless ignition right from the start, most probably you know how car keys and ignition switches work.

If you don’t own the right key, you cannot activate the switch function of the device. That’s why your car can’t be used unless the right key is in the ignition switch.

When the right key is inserted in the ignition switch, you can proceed to make the right switches. The last position of the switch is also the one that will activate the car’s engine.

This happens because the ignition switch will activate the electric parts responsible for starting the engine. Also, other parts of the car operated by electric systems will become functional.

When do I have to change the ignition switch?

An ignition switch should be changed only when it fails to work properly. This means that you experience difficulties in turning the key in the ignition switch or the impossibility to do so.

If you notice any problems with your Ford F150 ignition switch, try not to postpone its repair for too long.

Because it doesn’t seem like such a big problem, many Ford F150 owners don’t rush into making this repair.

However, in time, you can end up having to tow your car to a car shop, since a faulty ignition switch can keep you from starting your car one day.

It feels difficult to turn the key in the ignition switch or you have troubles doing so with ease;

The car’s engine stalls as you drive the car on the road; this is because a faulty ignition switch can affect the functionality of the fuel and ignition systems, cutting the engine’s power;

The car starts without problems, just to stall almost right away after ignition; this happens when the ignition switch fails to work properly when set on the “on” position, negatively impacting the functionality of the fuel pump and car’s ignition;

You have troubles starting the car’s accessories; the ignition switch doesn’t just power the car’s engine, but also its accessories.

When you turn the key to a certain position, the car’s accessories, such as radio and AC should become available. If this doesn’t happen, you’re dealing with a faulty ignition switch;

Replacing the ignition switch for a Ford F150 is not that complicated, especially if you are passionate about DIY projects.

You just need some time, a few tools, and the knowledge to do this right. So, here are the steps you need to take to replace a faulty ignition switch yourself. 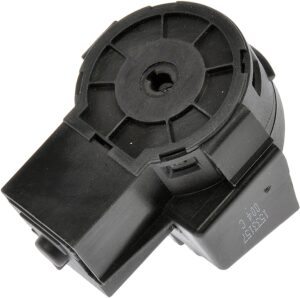 If you respect the installation steps mentioned earlier, you will easily set in place a new ignition switch and avoid getting into more troubles.

A quality item that will do its job right, without putting pressure on your budget. 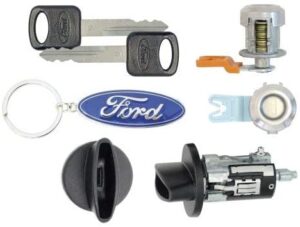 This is a kit containing everything you need to replace a faulty ignition switch and enjoy a new functional one in no time.

Offering a door lock cylinder and two keys meant to operate it, you will solve not just the issue of your ignition switch, but your car door as well.

Choosing to repair a faulty ignition switch on your own will certainly help you save money. An ignition switch can be in the $30 to $50 range, depending on the supplier.

More expensive are the kits containing doorknobs, keys, and additional accessories. So, if you think you can handle it, making this repair on your own will save you quite a few bucks.

Replacing an ignition switch is not a complicated operation if you have the skills and tools for it. The truth is that you don’t need too many tools, just the patience to do it.

If all goes well, you should finish within an hour or so. If you never did anything like it before, it may take a bit longer until you figure it out.

Does it need a car shop or it’s a DIY thing?

Replacing an ignition switch can easily become a DIY project if you are the kind of person who doesn’t mind using his hands.

However, there are situations in which you could use the skills and knowledge of a professional. For starters, try to see if you can handle the matter yourself.

If not, opt for a car shop. Still, bear in mind that if you don’t do it right, you may have to tow your car to a car shop. Thus, decide whether the task is something you can handle or not.

If you choose to take your car to a car shop, you need to be ready to cover the costs. In case you can drive your car to the shop, there’s no need to opt for towing services.

But if you can’t start the car, towing is the only option you have to get it fixed. So, this will add up to your final expenses.

Once at the car shop, the labor needed to fix an ignition switch will cost in the $75 and $150 range, based on how complicated the problem is.

This is the cheapest version, a scenario in which you don’t need replacement of parts.

If the parts are completely damaged or beyond repair, ordering new parts will add $60 to $100 to the bill.

That’s why it is worth having your ignition switch repaired as soon as you notice problems.

Postponing it will only subject the part to more wear and damage, which will lead to a more expensive repair process.

Taking the car to a shop to have it repaired promptly means that you will get your vehicle back on the same day, in most cases.

If the repair is not complicated and doesn’t require the replacement of parts, the situation will be fixed in no time.

In case the situation is more complicated and parts need to be ordered and replaced, you may need to wait a while.

So, the best approach is to make an appointment with a good mechanic and fix the ignition switch as soon as you notice any kind of difficulties.

How to change the ignition switch on a Ford F150?

If you own a Ford F150, it is worth knowing that changing an ignition switch is not that complicated.

All the steps required to perform this operation correctly are presented in an earlier paragraph of this article. You just need a bit of spare time and patience.

Is it possible to change the ignition switch myself?

Yes, you can change the ignition switch yourself. You just need a new ignition switch and some time to remove the old one and place it into position the new one, as presented in the previous lines.

What happens if an ignition switch is faulty?

A faulty ignition switch can lead to a series of problems. Starting with difficulties in turning the key to seeing your car stall as you drive it on the road.

If the ignition switch goes bad, you won’t be able to use the car and you’ll have to tow it to a car shop.

Is it expensive to replace an ignition switch?

If you choose to do this operation yourself, you will end up spending less than $100 on parts.

Also, you may need to tow your car to the shop, which represents an additional cost.

Replacing an ignition switch on a Ford F150 may seem like a complicated matter, but in reality, it isn’t.

Those that have a thing for DIY projects may find the task easy.

However, if you’re inexperienced or have doubts that you can handle the task, it may be best to leave this to a professional.

It will cost you more to have this fixed at a car shop, but it may save you from additional troubles or damages.

But if you’re into doing this yourself, now you have all the info you need to complete the task successfully.